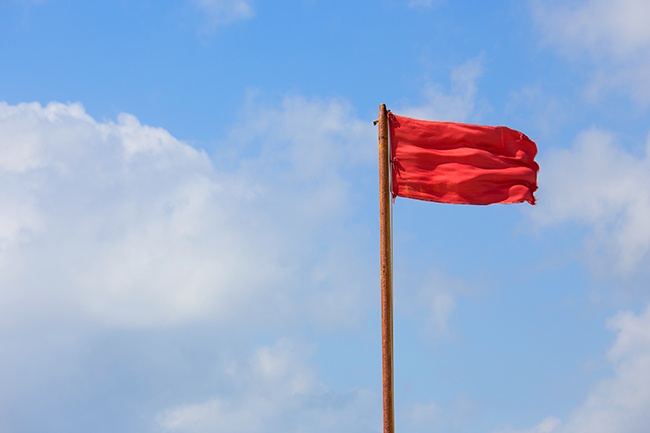 High profile, high dollar settlements such as Fed-Ex and Uber have internal stakeholders wondering what to look for in their own organizations to clearly determine when and if they have issues they need to address before the IRS, DOL or a lawsuit lands on their doorsteps. Post-mortems of both these high profile cases revealed two major red flags for compliance that both companies seemingly failed to notice. To avoid a similar fate, familiarize yourself with these two compliance red flags, and then determine if you should engage an outside firm for assistance in addressing them.

Red Flag #1 – Lack of clarity regarding whether or not your IC workers are core to business operations.

Current DOL and IRS regulations stipulate that any worker involved in performing tasks considered core functions of the business cannot be classified as an IC. Core functions are defined as those activities central to a company’s product or service offerings. If workers engaged as independent contractors are key to the delivery of an organization’s product or service, they are misclassified and subject to penalty. Unsure if a role within your company should be viewed as a core function or not? Simply ask yourself, “If we lost a given resource or group of resources, could we continue providing our products and services?” If the answer is, “no” then that role is a core function.

Here are some examples: The Fed-Ex case revolved around whether home delivery drivers were properly classified as independent contractors. Since the core function of the Fed-Ex business involves delivering packages to people’s homes (or businesses), FedEx would be unable to perform its core activities without those drivers. As such, they were found to be mis-classifying drivers as ICs.

Uber was a trickier determination because they claimed to be a software company whose main function was providing technology to connect passengers with drivers. Viewed through that narrow prism, Uber made a seemingly legitimate claim that drivers were not central to their function as a software development company. However, as the courts noted, the purpose of Uber’s core product was to facilitate transportation. There was no other legitimate use of the Uber application. Without the Uber drivers picking up customers and dropping them off the app would not be of any value. As a result, California courts ruled that Uber was misclassifying its drivers as ICs.

Another way to view whether a function or role is core to business operations is to examine if there are any employees performing the same or similar functions as someone engaged as an independent contractor. Think back to the infamous Microsoft case from the late 1990s, when the software giant engaged software developers – some as employees, some as independent contractors. The work being completed was no different between the ICs and employees. Nor was there any difference between the treatment and control of either worker type. This inconsistency cost Microsoft millions in misclassification penalties.

Red Flag #2 – Lack of uniform education on (and responsibility for) classification as a consistent element of an organization’s workforce management function.

Making sure there are standards for proper worker classification that are clearly, systematically applied to both internal staff and the workers themselves is an imperative. Failing to develop and maintain these standards is evidence of malfeasance and can be used against an organization should they find themselves being sued or audited by the IRS or the DOL.

For managers engaging workers, the primary goal is to complete the work at hand, especially if there is a large project with a due date looming. If these managers are not educated about worker classification, they aren’t likely to spend any time thinking about it when hiring. The onus is on HR executive leadership to ensure managers are properly education.

In the pending case against media company Hollywood Reporter (Simpson v. Prometheus Global Media LLC) the news organization engaged workers as independent contractors. However, it also provided them with Hollywood Reporter emails, office space and computers. A clear violation. The hiring managers were simply unaware of the regulations.

Similarly, Fed-Ex, Macy’s (and the department store’s logistics management company, Joseph Eletto Transfer Inc.) and Lowe’s fell prey to the same error. Workers were representing each of these companies wearing branded uniforms and/or driving trucks with the company’s logos emblazoned. Internal resources need to understand the implications of engaging independent contractors and should be educated on the laws by their HR leaders. It is a simple standard – that contractors should be producing work on their own, using their own equipment and if possible, not located on company property. They darn sure shouldn’t be representing the organization in uniforms. It is cheaper to educate internal resources than it is to pay fines and penalties.

The workers themselves should also be educated on these laws and it is the responsibility of the hiring organization to ensure they are. Uber drivers’ lawsuits produced a domino effect. As drivers banded together to file suit, their education in IC classification was provided by their peers or self-research, not by Uber. In response, the focus of Uber’s recruiting efforts has shifted from “set your own schedule” to “Be your own boss and set your own schedule.” The key change is the focus on educating the drivers on what it means to be their own boss.

What else can be done to mitigate this risk? Should you find that your organization is flying either or both of these 2 red flags, engage legal and executive leadership to engage an outside firm, such as nextSource, to complete an evaluation of the company’s risk. As a start, you can use our risk calculator (see below) to calculate potential damages should your organization be audited prior to addressing these issues.