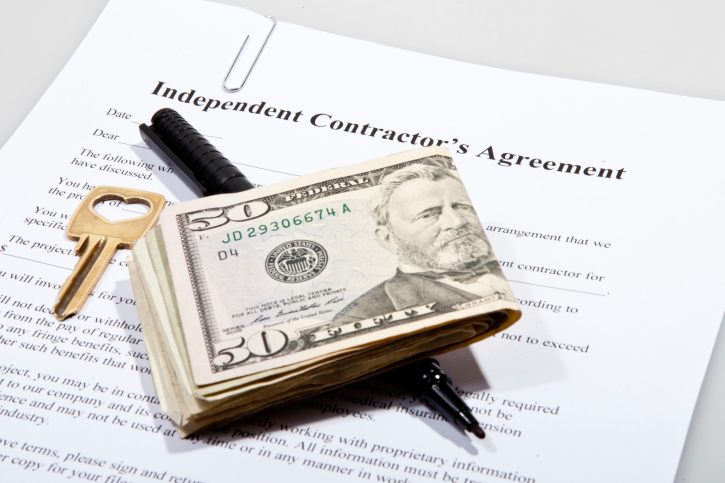 As an Independent Contractor you’re the kind of person who thrives in more unstructured work environments. You enjoy being your own boss, so to speak, with all the autonomy and latitude that involves. However, along with the greater independence and control you have as an IC comes an increased degree of responsibility over the kinds of benefits and administrative support that your W2 wage earning colleagues leave to the HR department. As your own de facto HR administrator, you may be a bit puzzled or confused about what to do with respect to the new ACA options (and requirements). So nextSource is ready with the following IC’s Guide to ACA to help you navigate the when, why, and how of it all.

The short answer is, “yes”. This is because the law has a clause known as the “Individual Mandate” which basically means every American must have some form of coverage by law. Those opting to refuse coverage will be charged a fine at tax time both to “incentivize” participation and also to raise funds to offset the costs of providing emergency care to the uninsured at hospitals across the country. But the government realized it would take some time to get everyone on board. To lessen the pain – particularly for those who’d long opted to be uninsured – the government has established a phased ramp up. As a self employed IC, you’re empowered to make your own decision regarding when to “get in” on the program.  Keep in mind that the fines for remaining uncovered will increase each year. Below is a chart illustrating the rising penalty.

Keep in mind, these are the minimum penalties and the number could be significantly higher depending on your income level.

Enrolling on the Federal or State ACA Exchanges is made more palatable by subsidies the government will kick in to help offset your costs (if you qualify). Based on your income and the size of your family/number of persons covered, you may qualify for some relief. Here’s a chart detailing the income/family size breakdown.

If you are covered via a spouse or parent, then you’re not subject to the penalties associated with the individual mandate. If you can’t easily afford the plans offered by the exchange in your state, some states are allowing for coverage through Medicaid expansion programs providing health coverage for lower-income people, families and children, the elderly, and people with disabilities. According to the Small Business Association, “The eligibility rules for Medicaid are different for each state, but most states currently offer coverage for adults with children at some income level.  In addition, under the Affordable Care Act, states have the option to expand Medicaid eligibility to include adults ages 19 – 64 with incomes up to 133% of the Federal Poverty Level (about $15,000 per year for an individual, $31,000/year for a family of four). To learn more about your state Medicaid program and other options available to you, visit Healthcare.gov.”

How do I Participate?

Because you’re self-employed, you’re reporting your income on your own (as opposed to W2 wage earners whose employers report with each paycheck).  As such the cost of your coverage will be influenced by how much you earn. Since you’ll be enrolling in 2015 for coverage in 2016, you’re going to need to estimate your income for the coming year because marketplace savings are based on your estimated income for the year you’re getting coverage.  The ACA help site offers detailed information on how to project your income and modify the projections should they be proven inaccurate.  You can read all about how to make this projection here: https://www.healthcare.gov/self-employed/.

Will I Be Satisfied with Coverage Sourced via the Exchanges?

According to Bloomberg Business, “More than half [of respondents to a recent survey] said they were highly satisfied with the experience of buying on an online health-care exchange; 22 percent reported dissatisfaction. The majority, including 57 percent who purchased their coverage on a public exchange, say they’ll stick with the same insurer next year.”

The bottom line is, as an IC, you’re essentially your own small business.  Healthcare expenses are a cost of doing business in the US in 2015 and beyond. So, it is imperative to make an educated entry into the marketplace.  Take this time between now and the next open enrollment period in November to decide how to get covered.